A Pirate's Bargain from TI (#WPBT)

Recently, April (a/k/a @thisisnotapril) announced the official dates for the Winter Poker Blogger Tournament (#WPBT). Since I was able to endure both the presence of @realdawnsummers and having @drizztdj suck out from ahead with Kings in my rookie #WPBT appearance, I was excited to sign up for this year's shenanigans. Now, Aria is not only hosting the #WPBT tourney, but has also offered a great poker room rate with no minimum play requirements ($99/$139 weekday/weekend). I love Aria's rooms and poker rooms, so I have already made reservations. But, my internal cheapskate likes to at least check out the competition, so I was intrigued by this generous offer from Treasure Island ... errr, TI: 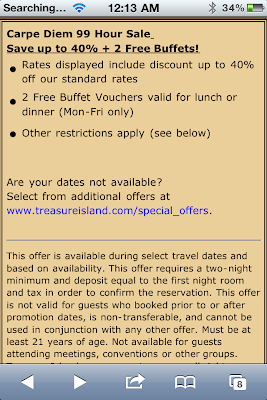 Oh wait. Not so fast, my friends. Apparently Phil Ruffin has me slotted in at least three tax brackets above my pay grade. Here's my official TI room rate for #WPBT weekend: 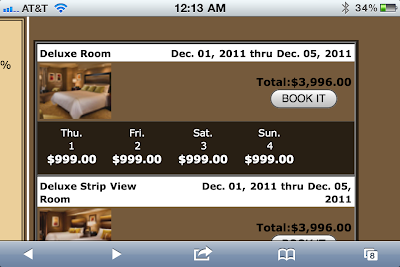 Yikes! Apparently TI has gone seriously upscale since I last stayed there in March for under $90/night. Guess I'll have to slum it at Aria .... *Sigh*