"All politics is local."

The nation is at war in Iraq and Afghanistan, Congress is debating health care legislation, and controversy has erupted (yet again) over Israeli settlements in the West Bank.  Closer to home, Iowa is facing a huge state budget shortfall, with state employee layoffs and reductions in critical services, not to mention a hotly contested gubenatorial race.  So what issue has captured the attention of Iowa legislators?  What issue merited a half page above-the-fold lead editorial today from the Des Moines Register, the state's largest paper and de facto paper of record?

That's right, Iowans are all in a tizzy about Maid-Rites, the cornerstone product for its namesake Iowa-based sandwich franchises.  Maid-Rites are essentially seasoned loose ground beef on a bun.  Native Iowans are almost as fanatical about the sandwiches as people in other parts of the country are about White Castle or In & Out Burger.  Myself, as a Nebraska native, I've never cared much for the Maid-Rite sandwiches, though to be fair, I'm also not a huge fan of the Nebraska fanatical fast food option—the Runza.

What has the Maid-Rite fanatics all worked up is that one long-time franchise was cited recently for health code violations because the cooked loose meat was placed back in the same container used to hold the precooked (read "raw") ground beef.  This obviously is a potential source of bacterial contamination that the cooking process is meant to prevent.

Now, the obvious solution is for the franchise to use different containers for cooked and raw ground beef ... like every other Maid-Rite franchise in the state.  But this particular franchise has been in place for decades and by golly, can't see why it should have to change just because someone might get sick or die.

So, the Iowa legislature is now debating whether to amend the state's health code to permit this one Maid-Rite franchise the opportunity to offer its customers pathogen roulette:  "Salmonella, E. coli, come on Listeria, come on Listeria ... Damn!  Hit that stupid Shigella again.  Live pathogens are so rigged!"

Legislators often get unfair criticism for making hard choices on public policy, but when it comes to stupid laws, this proposal is more than the usual combination of silly, ignorant, and irrelevant.  This proposal is downright dangerous.  No matter your view on the proper role and size of government, food and drug safety is one sphere where the government has a track record of benefiting the public (before you disagree, you may want to reread your Upton Sinclair, "The Jungle").  Think of all the foods we consume that are fully or partially cooked or processed prior to reaching our plates, whether we are dining out or eating at home.  Now ask yourself if you'd like to eat your next meal knowing that your food was handled even once, let alone potentially dozens of times, without regard for legally mandated sanitation techniques.  So ... 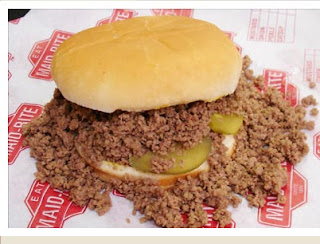 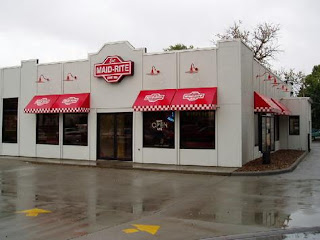