“Nebraska is back and we’re here to stay.”

I've been a lifelong Husker football fan.  Or, to be more accurate, I grew up in the Husker cult.  Most of the traditional college football powerhouses have legions of hardcore fans, but Husker fans are among the elite, perhaps rivalled nationally only by fans of a handful of teams—Notre Dame, Michigan, Ohio St., Alabama, Texas, Oklahoma, and USC (Southern Cal, not South Carolina, duh).  These are teams which have been consistently among the best teams since the 1950s, and also have rabid national fan bases.  Well, OK, Notre Dame is pretty consistently mediocre, but being the designated Catholic team for a couple of generations makes up for the relative lack of production on the field.

Fans of powerhouse teams are a different sort than fans of more mundane teams.  Fans of powerhouse teams:
For Husker fans, this weekend's game against Texas is the most important game on the regular season schedule.  In terms of team goals, the Kansas St. and Missouri games matter more, because they are in the Big XII North Division with the Huskers.  In terms of talent and degree of difficulty, the games against Missouri and Oklahoma St. might pose a greater obstacle to an undefeated season.  But Husker fans regard their team's place in the college football hierarchy as being among the elite powers, so teams the Huskers have dominated over the decades simply don't matter as much as another of the elite teams.

Of course, there are all sorts of subtextual issues in play.  The Huskers leaving the Big XII for the Big 10 after the season, after Texas refused to commit its potential TV network money to the conference and flirted with its own move to the Pac-10 conference.  The long-simmering feud with Texas over control of the conference after Texas joined the then-Big 8.  The Longhorns' defeat of the Huskers in the 1996 Big XII title game, derailing the Huskers' drive for a third straight national title.  The controversial decision to put one second back on the clock in last year's Big XII title game, allowing Texas to kick a game-winning field goal (for what it's worth, I'm one of maybe five Husker fans who think the decision—although painful—was correct).

Of course, the modern college game has changed significantly since the 1980s and 1990s.  With TV coverage proliferating and more money coming into more programs, it's gotten tougher for the college football powerhouses to maintain their elite status.  Former conference doormats can rise up and be competitive, at least for a few years at a time.  Non-traditional programs like Utah and Boise St. can run off winning streaks and put pressure on the big boys to let them play in the BCS bowl games.  It's no surprise that a team like Texas, even with all of its financial and recruiting advantages, is facing its first three-game losing streak in decades with a loss at Nebraska, while Husker fans continue to pretend the Bill Callahan era never occurred.  So yeah, there's a lot riding on the Big Game this weekend for both Husker and Longhorn fans.  Still, fans of both teams know that they are a cut (or two) above the average football fan.


* * * * *
To celebrate arrogant football fans, as well as to preview the Huskers' move to the Big 10 next season, here are a couple of videos sent to me by a friend who is a fan of the decidedly non-elite Iowa St. CyClowns:

A Hawkeye fan is given a dose of reality by a Husker fan:

* * * * *
Of course, it's not just Longhorn and Husker fans being arrogant this weekend.  Despite their team's tumble from its perpetual lofty perch in the Top 5 over the past decade, USC fans continue to act in the proper arrogant manner befitting a powerhouse team.  For a hilarious read, check out the USC arrogance series of posts over at the Lost Angeles blog.  Just to whet your appetite, here are excerpts from the brilliant pregame and postgame posts about last week's Stanford game (a loss for USC).

From the game preview:


[Stanford celebrates] easily the dumbest mascot in the history of guys-who-can’t-get-girls-dressing-up-as-animals-because-they-can’t-make-the-football-team.  We are treated to a Trojan warrior stabbing the fifty yard line with a sword and celebrating the death blow BEFORE THE GAME (That’s so arrogant I just filled a co-worker’s Sigg bottle with vodka while they were in a meeting and patiently am waiting for the fireworks.  Even more arrogant, I made the vodka from scratch by staring at a potato and calling it a bitch).  What does Stanford get?  A creepy tree that looks like it was an arts & crafts project from a methamphetamine rehab clinic.

And from the Stanford postgame recap:

Stanford was a DOUBLE DIGIT favorite to win the game on Saturday.  Long story short, the world expected Stanford to beat us.

So what happens when Stanford squeaks out a home win over unranked USC?  THEY RUSH THE FIELD.  Seriously.  It was the most pathetic, amateur hour display I have seen outside of a pre-school talent show (and at least THOSE kids are cute).  There is a saying in sports that goes, “Act Like You’ve Been There Before”.  I know Stanford has never been “there” before (“there” meaning a perennial powerhouse in anything other than academics), but if you want to change your lineage, you need to act like you were supposed to win, especially WHEN YOU WERE SUPPOSED TO WIN.  Rushing the field when you DO NOT COVER THE SPREAD is so ridiculous I bought some Stanford clothes, went into the streets of Westwood and let UCLA kids beat me up for fun (which took a really long time, totally reminded me of the part in Fight Club where everyone had trouble getting a stranger to pick a fight with them).  The official footwear of the Stanford football team is now officially clown shoes.

Side note, after the game a couple of my friends stole a Hummer Limo and took it to Mission Beach, broke into SeaWorld and dressed all the penguins in tuxedos. It was totally hilarious, especially since we brought along Morgan Freeman and he narrated the whole thing. 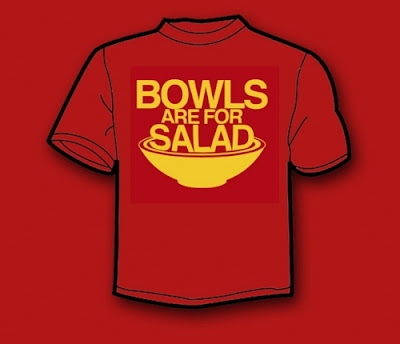