The New England Patriots, once lovable losers, have dominated the NFL in d-baggery this past decade.  They started off with the infamous "Tuck Rule" game, but nobody really begrudged them sticking it to the Raiders.  We all just snickered as the league screwed over Al Davis yet again, and cheered as the plucky Patriots won a thrilling Super Bowl.  Little did we know what price we'd pay in tolerating years of annoying chatter about Belichik the Genius and Tom Terrific, the undefeated regular season, the mugging of the Colts in the 2004 AFC title game, spygate, and just an overwhelming amount of arrogant d-bag attitude from the team, its coaches, and their fans, not to mention an unprecedented amount of azz-kissing from announcers, commentators, and anyone remotely associated with the supposedly hard-hitting sports media.  Thankfully, a big dish of karma got served cold and literally upside the head when Eli Manning escaped a sack and threw a pass to David Tyree (who dat?) who made the greatest catch in Super Bowl history:

So why are the Patriots our D-Bags O' the Day?  I mean, how could they go above and beyond their usual level of d-baggery and get on our radar again?  Well, when a junior high school's students achieved a phenomenal participation rate in an NFL-sponsored fitness program, the schoolkids were promised a workout with Patriots team members.  Instead, the team sent over a communications intern who played some kickboxing workout tapes, and the kids also got a lecture from a dietician.  Seriously Patriots, you couldn't get three or four obscure starters to take a morning off to hang out for a couple of hours with some kids for whom it would be the highlight of their year?  Way to go all out to connect with your young fans!  At least the kids learned an important lesson—pro athletes in general, and Patriots players in particular, just don't give a flying pig about their fans.

Now that the Patriots have stolen candy from kids, what's next?  Kicking puppies?  Or worse, stealing footballs from puppies?  Berkeley sure isn't taking any chances! 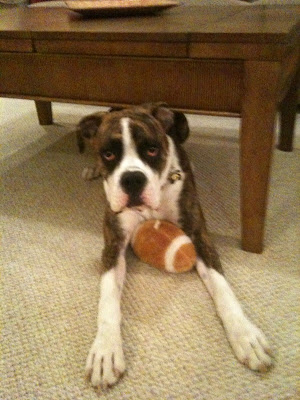 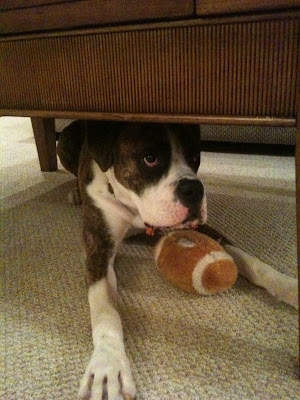 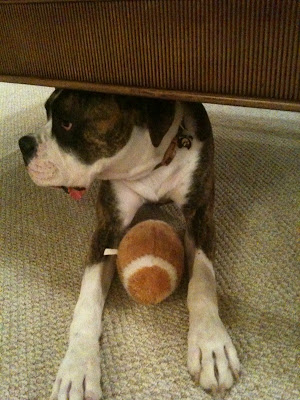