They're Always After Me Lucky Charms! 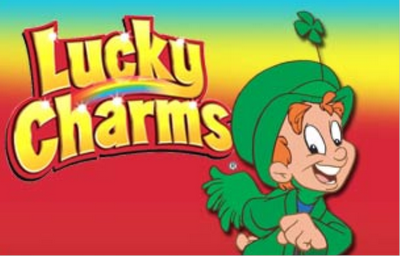 They're always after me Lucky Charms!
Every year during WSOP coverage, ESPN seems to have side coverage of card protectors, lucky charms*, and other superstitions.  Classic examples are Doyle Brunson's Casper the Friendly Ghost, Jerry Yang's family pictures, Sammy Farha's unlit cigarette, and Johnny Chan's orange, but occasionally the superstitions include more elaborate rituals:

[WSOP bracelet winner Travis] Johnson insists he is not superstitious, yet he wore the same clothes over three consecutive days. He also admitted that he walked through the exact same door every single time he entered the tournament room.

Now, I'm a fairly rational guy, more into science than mysticism.  Generally, I have to agree with those who take a dim view of poker superstitions.  But science sometimes gives us surprising, even counterintuitive, insights.  In a series of psychological experiments, scientists determined that maybe, just maybe, there is some value to lucky charms after all:

Volunteers who had their lucky charm did better at a memory game on the computer, and other tests showed that this difference was because they felt more confident. They also set higher goals for themselves. Just wishing someone good luck—with "I press the thumbs for you," the German version of crossing your fingers—improved volunteers' success at a task that required manual dexterity.

To be clear, this study is not scientific evidence that lucky charms or other superstitions have any inherent ability to change the course of fate—Doyle's Casper card capper doesn't change how the cards fall for the person holding it.  But, confidence is a major psychological component for a successful player, so if a card capper or other superstition makes a player feel luckier, then perhaps that player will actually play better, in essence making his own luck.  So, while skeptics like me likely will get negligible benefit from using a lucky charm, superstitious folks may in fact gain a significant advantage by following their "lucky" routine.

* Patty O'Brien has the ultimate take on lucky charms:

Email ThisBlogThis!Share to TwitterShare to FacebookShare to Pinterest
Labels: Psychology