You Say "Intrastate" and I Say "Interstate"—
A Different Path to Online Poker Legalization?

During the past year, the hopes of the online poker community were repeatedly raised and dashed as Congressional efforts to pass a federal law legalizing—not to mention regulating and taxing—interstate online poker made significant new strides by passing a pro-poker bill out of the House Financial Services Committee, only to fall victim to the elections, then being resurrected in the lame-duck session by Senate Majority Leader Harry Reid (and his gaming industry donors), only to be killed—repeatedly—as part of a compromise over other pending legislation. With Republicans back in control of the House of Representatives, and anti-gambling advocate Rep. Spencer Bachus (R-AL) sitting in online poker ally Rep. Barney Frank's (D-MA) chair on the Financial Services Committee, the short-term prospects for meaningful Congressional action on the issue of online poker legalization are bleak.

All is not lost, however, when it comes to legislative action legalizing online poker. Several states are reportedly considering legislation to legalize intrastate online gaming or online poker, limited to the residents of that state, or of that state and people outside the United States. New Jersey is well along the path to legalizing online versions of all casino games permitted to be played in the state's brick and mortar casinos. Last year, California, Florida, Iowa, and the District of Columbia all considered similar legislation for legalized intrastate poker or gaming, and all of them are likely to revisit the issue. If New Jersey legalizes intrastate online gaming, Nevada seems a safe bet to follow suit so as not to jeopardize its position as the de facto center of the United States gaming industry.

Although any legislative steps toward the legalization of online poker should be welcome news to the online poker community, there are a number of potential drawbacks to a state-by-state approach which is predicated on legalizing only intrastate poker. Poker media insider F-Train recently laid out the potential pitfalls of an intrastate strategy:

On one level it's good to see the states trying to take the lead on this issue. But if history is a guide, it means the federal government will only be that much slower in developing national standards while it waits to see how things play out at the state level. It also gives anti-gambling legislators like Sen. Jon Kyl (R-AZ) another argument against creating a national system.

If intra-state poker becomes the prevailing model, the industry will be split into multiple miniature player pools on a state-by-state basis, to the detriment of American poker players as a whole. And once Humpty Dumpty has shattered into 50 different pieces, good luck trying to put him back together. There *will* be differences in how online poker is run and regulated from state to state. Balancing and unifying all of those competing differences, and competing state interests, in national poker legislation will be exceedingly difficult.

Reid-bill detractors might point out that there would have been fragmentation under that bill as individual states opted in or opted out. While that's true, at least all of the opt-in states would have been playing in the same player pool with the same set of rules. Under state efforts, there's a different pool -- and most likely different rules -- for each state.

There is a legitimate fear that the balkanization of online poker among individual states with different regulations and isolated player pools would spell the doom of online poker for all but the most dedicated players in the larger states. Most states have a relatively small population and a concomitantly shallow online poker player base. In the smallest states, the legalization and regulation of online poker might not be cost effective for the state. In medium-sized states, online poker might be a viable industry for the state, but the resulting product might not be appealing to poker players if the effective player base is limited or the tax rate is onerous.

There is a path, however, by which intrastate poker might lead to the eventual legalization of interstate poker with a combined player pool and uniform national regulations and taxation schemes—the development of a national consortium of states which operate a joint online poker network, utilizing the multi-state lottery networks as a model.* Lotteries originated on a local or state level, but the biggest lotteries—Powerball and MegaMillions—were developed to offer bigger prize pools by increasing the potential customer base through creation of multi-state lottery consortiums. Of course, the states benefited from the increased lottery purchases made by customers drawn to the bigger prizes.

The advantages of a multi-state online poker consortium would be to increase the player pool base, with a resulting synergistic effect expanding the number of players and the amount wagered by those players. A multi-state consortium would also likely lead to uniform regulations, with many smaller states acquiescing in regulation by one of the industry leading states (likely New Jersey and/or Nevada). Taxation would also likely be more uniform, based on a proportional formula related to the deposits and/or rake by the players in each state. Additional states could elect to opt-in to the consortium; it should be noted that the Powerball and MegaMillions lotteries each started with a handful of participating states, yet today forty states offer both lotteries, and another three states offer at least one of the lotteries. Given the pervasive legalization of brick and mortar gambling in a majority of the states, a multi-state online poker consortium would likely attract new member states at a fairly rapid pace, as states scrambled for their share of the online gaming taxation bounty.

Now one might object that federal law would prohibit such a multi-state poker consortium. But the primary federal anti-gambling statute, the Wire Act, doesn't seem to preclude online poker conducted between residents of states where online poker is legal. Setting aside the legal issue of whether the Wire Act applies to bets or wagers unconnected to sports events, a safe harbor exception in the Wire Act states:

When it comes to legalizing online poker, intrastate action in the short-term might well lead to interstate results in the long-term. 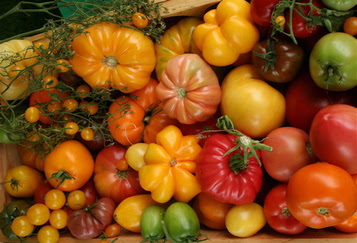