"You're making a huge misstep."

~Daniel Plainview (Daniel Day-Lewis), There Will Be Blood (2007)


The holidays have come and gone. Football is over for another season. Winter lingers. Our attention returns to college basketball. The old itch returns.

Yes, it's time for the Ironman of Poker. Consider this your ten-day warning.

Our fearless leader, Santa Claus, returns in his role as Cruise Director and Chief Cat Herder. Santa has just released the official invite for this year's festivities.  Here are some of the highlights.

Official Theme:  "There Will Be Blood" 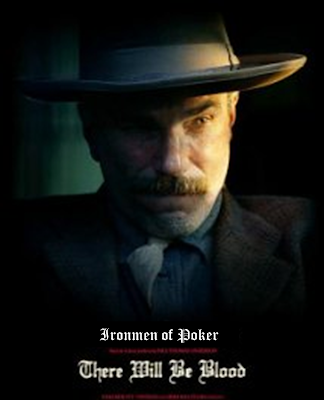 "I drink your Caipirinha. I drink it all up."

Seems a rather fitting theme. Considering the number of folks who have been tilted by the IMOP crew's hijinks, it's rather astonishing that we've made it six years without a physical altercation (other than a certain dunk Brit tackling me at Bally's). Frankly, it's a miracle that one of the "Killer Bs" (Barbie, Bonnie, and Mr. Chow) hasn't been taken for a one-way desert joyride. Perhaps that will be one of the official prop bets this year ... 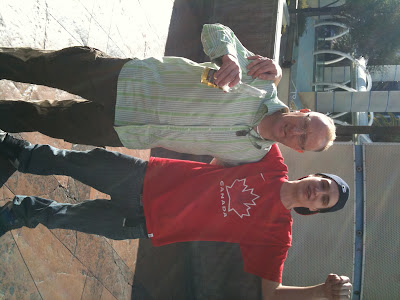 Bonnie fosters some international goodwill
with a random Canadian on IMOP-V.

Each year, the Ironmen are required to play a particular "signature hand" that has been generally overlooked or even disparaged by most poker "experts". Last year, in honor of the sixth IMOP, the signature hand was "the Grump" (deuce-four). This year, Santa has cleverly extrapolated and come up with the signature hand of ...

In a new twist, to score points, not only must the signature hand be shown, but the player must give a "Honey Badger" quote. 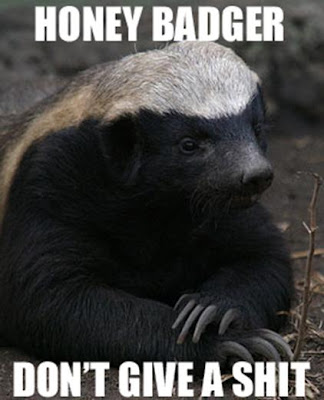 This year, Santa has added a twist on a classic category, the official tilt-inducing catchphrase. This particular catchphrase originated in the IMOP home game this winter. Barbie, as he is wont to do, made two preposterous calls with air against River Joe, then rivered a gutterball straight for a monsterpotten. When Barbie rolled over his hand, River Joe was livid and the rest of the Ironmen were stunned. Figuring he needed to break the tension, Barbie spread his hands palms up like a magician and cheerfully said,

River Joe was not amused. The rest of the Ironmen were. A classic tilt-inducing catchphrase was born. 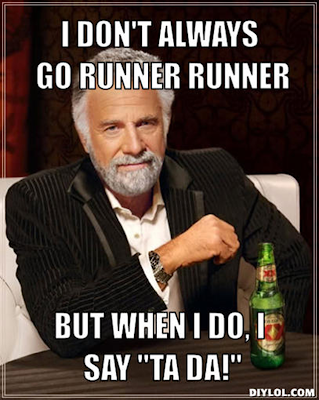 Many traditional events return, including daily tournaments which cannot be revealed publicly, as one of the tasks for the new pledges will be to find the Ironmen for each tournament (private message me on Twitter if you want to join us for a tourney*; or follow the IMOP Twitter list to avoid our crew entirely). Also returning are the Ugly Jacket Dinner (wherein the Ironmen descend on a fine eating establishment and class up the joint with vintage-for-a-reason sports coats), the Third World Poker Tour (wherein the Ironmen do charity work in some of the less fortunate Vegas poker rooms), and the FuKaaw! Golf Classic (wherein some of the Ironmen play a round of nighttime combat golf).


Let the hijinks begin, and may hilarity ensue!

"Why are you acting insane and threatening to cut my throat?"