"There's only two things I hate in this world. People who are intolerant of other people's cultures, and the Dutch."


So as my Twitter followers may be aware, I recently caved to my sig other's requests for new furniture for our living room, even though we already have perfectly good furniture. Apparently the fact I picked out the furniture before we met coupled with the opinion that my taste in furniture "sucks" and runs toward "ugly, old grandma stuff" means we need new furniture. Well, it's cheaper than a new house (another recurring theme also commonly worked into casual conversation).

In any event, today we drove an hour to the historic and picturesque town of Pella, Iowa, famous for its Dutch heritage. Pella has a beautifully preserved downtown area with gorgeous old brick buildings, windmills, a canal, and an historic opera house. Each May a tulip festival is held, drawing hordes of tourists. The locals are so into the Dutch theme that even modern fast food restaurants and convenience stores must be built in faux-Dutch manner, heavy on the brick and steep-sloped roofs. My favorite Pella attraction is the old country Jaarsma Bakery on the town square, with its wide array of pastries, most notably strudel and Dutch letters.

After looking at three living room sets the sig other had scouted a week or two ago—including a set identical to a set we had looked at here in the Des Moines area but at $500 more—the sig other headed on the road with Berkeley to his hometown for Mother's Day with his family, and I headed back to Des Moines after popping into Jaarsma Bakery for a coffee cake and a dozen Dutch Letters. The road home took me right past the Meadows ATM, and my car guided me into a prime parking spot late in the afternoon. So something productive was salvaged for the day.

The Meadows poker room was strangely dead with one $3/$6 LHE game and one $1/$2 NLHE game running. After waiting 15 minutes or so, a new $1/$2 NLHE game was opened, but it was hard to tell the difference as my cards were colder than an iceberg. Eventually I hit a couple of hands and cashed out with a $200 profit—or as I prefer to view it, 10% of a leather sofa.

One amusing moment occurred late in the session. A young college kid joined the game, and was clearly new to live casino poker. His first hand he posted in, then accidentally pulled back his post, resulting in the dealer mucking his hand preflop—he of course claimed he had a pocket pair and would have flopped a set. Then when his blinds hit, he would put out his blinds, then fiddle with them and accidentally put the chips back in his stack before the action got to him, resulting in an embarrassing lecture from the dealer and some teasing from the table. His play was pretty ABC weak-tight, and he was a tell-spewing fish most hands.

Late in my session, an older regular known for his blunt talk joined the game. Young Fish was visibly uncomfortable at our table. Eventually a seat opened up at the other $1/$2 NLHE table, and Old Regular was first up for a table change; he declined. Young Fish then asked if he could change tables, leading Old Regular to spout, "You can't move! You're the reason I'm staying at this table!" Everyone laughed, but it was clear Old Regular was being completely honest. Young Fish began racking up to leave, and Old Regular says, "Can I at least have your phone number? We have a home game you should play in."

For some reason, he never got that number. 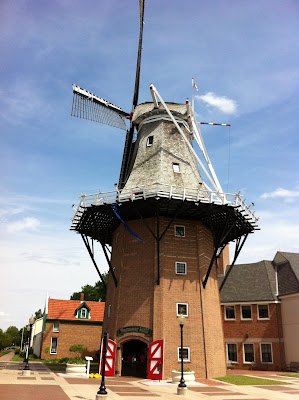