Egg On Your Face Up Gaming

Recently I read about several poker bloggers who had played in a special freeroll tourney arranged by famed poker media guru AlCantHang through Face Up Gaming (Lightning's account of the first tourney and a screen shot of the Face Up table display are here, while JT88Keys blogged about the tourney here). Face Up is a subscription model poker site which offers play chip poker tournaments, "cash" games, and leagues, with various cash and non-cash prizes awarded for tournament wins or monthly performance. Although registration is free, additional benefits (mostly more free play chips and better access to tourneys and leagues) are available for a monthly fee of $25.

A few days ago, Al posted on his blog that he had arranged a second freeroll tourney on Face Up, set for mid-afternoon yesterday. I had some errands to run, but was spousal unit free for the weekend, so I figured why not organize my day to play some cards online during the worst of the scorching heat wave Iowa (and half the country) has been enduring recently. Plus, there was plenty of free swag up for grabs, including an iPad, an iPod, a pair of fancy sunglasses, and assorted clothing items. Pretty sweet set up, eh?

I got registered just fine. I opened the poker lobby around 2:00, 15 minutes before tourney start time. The lobby did not really indicate how to go about getting your table to display, and I was starting to wonder how to get seated when my tournament room finally displayed a link to my table a minute or two before the tourney started. I was dealt the Ace of spades for the button, which is always a good omen. I then spent a few hands trying to figure out the table set up, auto-folding several trash hands.

Finally, I found a hand to play—Ace-Queen offsuit on the button. As players started to fold, I tried to figure out where and how to put in a raise. As the betting display finally popped up, I went to enter a raise amount ... and nothing happened. As my timer ran down and my hand was folded, I frantically clicked buttons as it slowly dawned on me that I had been disconnected.

OK, stuff happens. I waited briefly to see if I reconnected automatically, but no luck. So I went back to the tourney lobby, but couldn't find the blogger tourney because once a tourney starts, it is no longer displayed. I tried to engage in the lobby chat, but kept getting an error message telling me I needed to log in. Then when a log in dialogue box appeared, I tried to log in but only got error messages. I tried closing and reloading the Face Up site, but no luck. Finally, after about 30 minutes of trying various solutions, I successfully reconnected. It took a few minutes after that for the lobby to again display the blogger tourney. But I was back in action.

I had been blinded down from 2000 to ~1400, but stole a couple of pots with preflop all-ins with deuces and A6 sooooted. Then I knocked a player out when I won a race with a middle pocket pair versus his Broadway Ace (funny how I can't remember the details of my one big winning pot).

I was running good, too good. I was almost immediately disconnected again, this time for only five minutes or so. I got back to the game in time to find 66 under the gun. I decided to get tricky and play for a check raise. Unfortunately, six of us saw a flop of 5-5-7. I bet out, got raised by a shorty who was all in, and it folded back to me. I called off the small raise, and found myself up against Q5 sooooted. Ouch. I was back to being a short stack, and got it all in with KQ offsuit against pocket Fours. Four in the window and goodbye, good luck, good gravy.

From the Face Up lobby chatter and the poker blogger Twitter stream, it was pretty clear that Face Up was having major connection issues during the blogger tourney. The lobby showed a mere 500 or so players logged in, and I don't know how that number compares to the normal player volume. The site problems clearly were affecting all tourneys, not just the blogger freeroll. As another blogger, Heffmike, noted on his blog, the Face Up administrator disabled lobby chat for a period, so I can't comment how long the connection issues lasted. But between the players labeled as disconnected on the site and the Twitter stream, I would guess well over half of the poker bloggers in the tourney experienced some level of connection problems.

When any business throws a promotional event like this for influential media and blogger types, the purpose is to get some free publicity, preferably glowing reviews and enthusiastic endorsements. Whether it's a poker site's freeroll, a new restaurant's sneak preview, or a casino's "soft opening"—the one big rule is make sure everything runs smoothly. After all, you invited these people to try your business for free in hopes they will be impressed enough to generate some favorable publicity. So if your business has serious problems during your promotional event, you have pretty much shot yourself in the foot.

That being said, although the connection issues were annoying, it was just a freeroll, after all. None of the players lost anything other than an hour or two of their weekend. I will probably give the site another shot or two to see how things run once they have the connection issue sorted out, though I can't see myself renewing my monthly membership if the connection issues aren't resolved in the next few weeks.

In all fairness, however the site seemed to run fairly smoothly during the periods I was able to stay connected. I did find some areas where the site could look to improve:


Certainly Face Up is well behind the sophisticated player interface of established play money poker sites like Poker Stars (where I have been playing occasionally over the past six weeks). But Face Up is solid enough for a new start up site, and hopefully Face Up gets its glitches fixed and keeps working to upgrade its interface software. Face Up's real prize reward system for fake money play could fill a desperately needed niche in the online poker eco-system as we continue to see very slow and fragmented movement toward online real money poker legalization. But for the moment, Face Up is coming off as being an amateur hour operation. 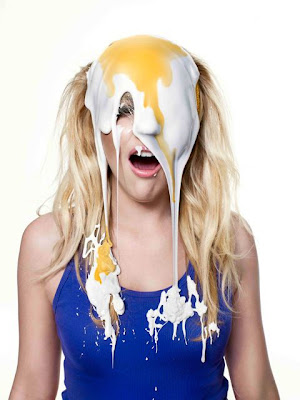