So, as of a week ago, my Christmas plans involved port, gourmet salamis and cheeses, bad movies, and a sleepy boxer in my lap at home. My parents were headed from western Nebraska to Salt Lake City to see my brother and his family (including my two adorable nieces, ages 5 and 2). My sig other was headed to eastern Iowa to his family and their personal "don't ask, don't tell" detente where I am just the landlord for the house where my sig other lives.

Then, a cosmic convergence of omens occurred. I found out I was one round trip from making Elite status on United. I am a mere 220 points from making Platinum on Caesars' Total Rewards for the first time (screw you folks who can play in a Caesars property year round and get to cut lines with your freakin' Diamond cards). I have a handful of "use it or lose it" vacation days at work. My sig other's youngest niece demanded that he bring her "best friend" Berkeley home to play at Christmas. What were the poker gods trying to tell me?

Not fully believing the portents, I checked out Orbitz, United.com, and Total Rewards. What to my wondering eyes appeared but an opportunity for an awesome holiday excursion. A round-trip flight from Des Moines to Salt Lake was within $30 of the cost of a multi-way trip from Des Moines to Vegas to Salt Lake. I had two free nights at Planet Hollywood or Paris to use. Could the signs be any clearer?!?

Suddenly, my sedate holiday at home has transformed into a whirlwind itinerary of two days in Vegas, followed by two days in Salt Lake with my parents, my brother and sister-in-law, and my nieces. Not quite "home for the holidays", but still a perfect Christmas nonetheless.

Happy Holidays to all my followers, from me and Berkeley! 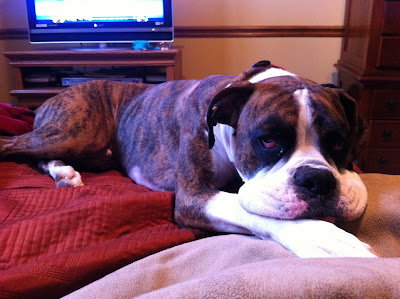 Berkeley bored by another Packers win. 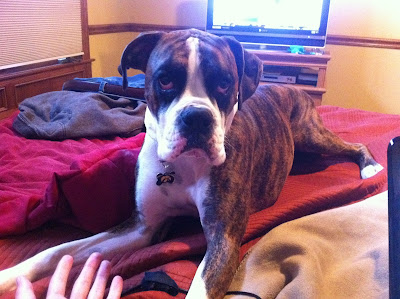 The Packers are up three TDs. Can we play now? 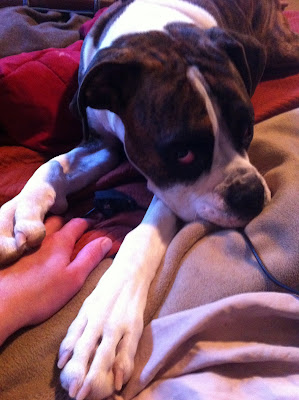 How about a run? Frisbee? Heads up Badugi for rollz? 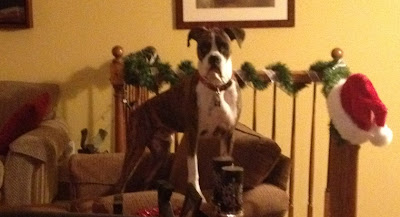 Yo ho ho and a bottle of rum! What? 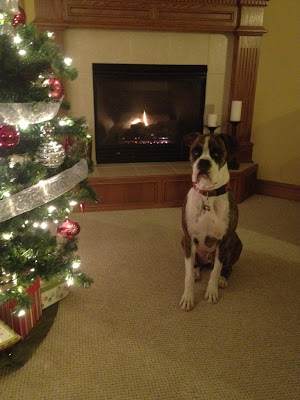 Santa better bring me a goose and a bag of duck treats.