On my recent Vegas work junket, I played several sessions at the Mirage poker room, mostly $2/$5 NLHE in the evenings, then $1/$2 NLHE after the bigger game broke in the early morning hours. Considering Mirage was completely comping my hotel room, throwing a few dollars down the rake slot was the least I could do. Plus, the Mirage poker room is a very nice environment to play cards, a little less intense than some of the bigger rooms, with more passive, casual, entertaining, and profitable games.

One nice touch at the Mirage is the graduated rake structure for the $2/$5 game.  Instead of taking a straight 10%, Mirage drops a maximum rake of $3+$1 jackpot, with $1+$1 jackpot at $10, then $1 at $50, and $1 at $100. Even better, there is no rake at all if the game is smaller than seven-handed. The major effect of the graduated rake is to reduce the rake on those medium size pots where only two or three players see the flop, and a flop or turn bet takes down the pot. Many of the bigger rooms have similar—though not as slow—graduated rake structures, but a graduated rake is not at all standard in Vegas and is a welcome move for a room looking to spread games other than the basic $1/$2 NLHE and $2/$4 or $3/$6 LHE.

The $2/$5 NLHE game usually started early in the evening and would run well past midnight, even during weeknights. However, the game often would conclude with a couple of hours of short-handed play, with only seven or fewer players in the game. Once the player count dropped to four or five, the game would usually run for another 30 minutes or an hour before the players would break the game to head home or to seats in the running $1/$2 NLHE games. Being a hardcore degenerate, I was usually one of the last stragglers at several games each evening/morning.

Like many poker rooms in Vegas, the Mirage will take a reduced rake on short-handed games. Based on my less than scientific observations, it appeared that the rake for $1/$2 NLHE (normally $4+$1) was capped at $3+$1 for six players, $2+$1 for five players, and $1+$1 for four players. However, the rake was not reduced automatically. Instead, a player had to request that the dealer reduce the rake, the dealer would then call the floor and make the request, and the floor would grant a rake reduction. At one point around 4:00 a.m., a player at my short-handed $1/$2 NLHE table asked the dealer why the rake hadn't been reduced. The dealer replied, "I can't ask for a rake reduction. I have to wait for a player to request it. If I call for a rake reduction on my own, I would get fired."

Now let's allow for a bit of hyperbole here. I have known the Mirage poker room manager, Chris Coffin, since he was manager at TI's poker room, primarily through our postings in the All Vegas Poker forums and through my frequent play at TI and Mirage. I doubt Mr. Coffin would have a policy where dealers would be fired or even disciplined for requesting a rake reduction. However, it appears that Mirage dealers are not allowed to initiate a rake reduction request. Frankly, I don't understand this policy. The Mirage has been taking a lot of steps to transform itself into a solid mid-tier poker room, one that caters to the casual poker player while still offering a more posh experience as well as a variety of poker games not seen in the typical small Strip poker room. Why not make rake reductions automatic upon the game reaching the requisite number of players? If a floor approval is required to verify that the rake drop is correct, then allow the dealer to initiate the rake reduction request without waiting for a player request.

I enjoyed my time—and profit—playing at the Mirage poker room, and the room is certainly back in my regular Vegas rotation. The rake reduction policy is a minor issue in the grand scheme of things, but emphasizing a player friendly rake reduction policy could be a minor selling point in a city where half the poker rooms on the Strip have a $5+$1 rake. Then again, I don't get paid the big bucks to manage the poker room. Just my two cents. Or four bucks. 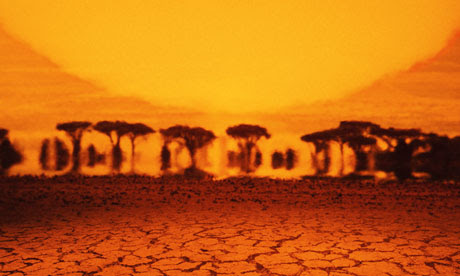