Yesterday, news broke that a New Zealand judge had ruled that the poker tournaments are not covered by gambling laws, and that ads for free ".net" poker sites are not advertising for gambling.  PokerNews.com had the first and best coverage that I saw (a sentiment apparently shared by a large number of other poker sites that appeared to borrow or copy extensively from the PokerNews story).  Unfortunately, I have not been able to locate a copy of the decision itself online, so I can't really add any meaningful analysis beyond the points noted by PokerNews:

■   The pokerstars.net website is not promotion of a gambling operator, promotion of gambling overseas, or likely to induce New Zealanders to gamble overseas.

■   The APPT is not "gambling" in terms of the Act because it is a competition, with an entry fee, which has prize money at the end of it (as opposed to the payment of consideration, based on the outcome of the game).

The first two points are really not about the legality of poker, so much as it is about what is and is not covered by advertising law.  In fact, if poker were not regulated as gambling, then there would be no need to analyze the difference between free and real money online poker sites.

The third point is a little more interesting.  As 2+2 poster "Skallagrim" stated:

The opinion, from what little I can read of it in the linked article, is not a "skill v. chance" opinion so the relative variance of tournaments or cash games did not come into play.

What this judge essentially ruled is that the format of a tournament makes it different from gambling. He notes that winnings are paid from a set amount of entry fees paid by the players and that no one not playing gets any share of the pool.

Ultimately he is applying the "bone fide contest" exception which frequently appears in US law too. In other words, if you put up money on whether Tiger Woods wins the golf match, thats gambling; if you pay an entry fee and participate in the game/contest, thats not gambling.

So again, this ruling does not seem to signal a legalization of poker in general, though poker tournaments, properly structured, may be able to avoid regulation under New Zealand gambling laws.

I was able to do a little research into the New Zealand justice system, and found that it is structured similarly to the justice systems found in the United States at the federal and most state levels.  Essentially, then, the court decision this week really has limited impact for a number of reasons.  First, it is a decision of the lowest level court, and thus is not binding on any other court.  Second, the decision is subject to appeal, and as has been seen in the United States, appellate courts tend to be much more hostile to poker advocates than the occasional friendly district court judge.  Third, the case will almost certainly never have any impact on U.S. law, though I certainly don't begrudge our Kiwi poker friends their victory.

In terms of applicability to U.S. law, the poker legalization trend seems to be running the opposite direction of the New Zealand ruling.  Nobody in the U.S. seems to be seriously contesting that poker tournaments are not regulated under gambling laws.  As for the key advertising portion of the ruling about ".net" sites, the Nevada Gaming Commission recently signalled that it takes a dim view of ".net" advertising, particularly when it is too closely linked to real money ".com" sister sites; the upshot of the NGC's position was to force the Venetian to dump its connection to the NAPT.

So, even though the court's ruling won't likely cause even a ripple in the United States, it's definitely a great week to be a poker player in New Zealand.  Heck, with that beautiful country, not to mention their amazing vineyards, it's always a great day to be a Kiwi! 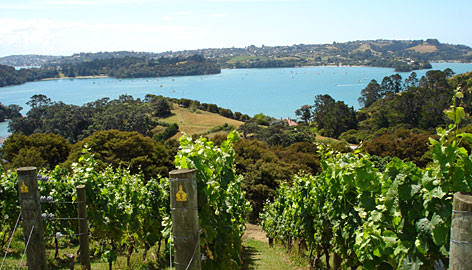 Email ThisBlogThis!Share to TwitterShare to FacebookShare to Pinterest
Labels: Law