Vinny Gambini:  I object to this witness being called at this time. We've been given no prior notice he would testify. No discovery of any tests he's conducted or reports he's prepared. And as the court is aware, the defense is entitled to advance notice of all witness who will testify, particularly those who will give scientific evidence, so that we can properly prepare for cross-examination, as well as give the defense an opportunity to have his reports reviewed by a defense expert, who might then be in a position to contradict the veracity of his conclusions.

Last week, yet another court ruled that poker is a game of chance, rather than a game of skill, and thus is subject to laws regulating gambling.  The only twist was that this court ruling came not from a state court, or even a United States court. Nope, this time it was those evil Swiss yodelers and chocolatiers whose supreme court rejected the "poker is a game of skill" argument. The result is that poker tournaments must now abide by casino regulations, which include a 50% tax on profits, and requirements to identify players and prevent money laundering. Interestingly, the litigation leading to this decision appears to have been instigated by Swiss casinos who could not compete against unregulated and untaxed private poker rooms.  Funny how a European ruling predicated on commerce reaches the same result as American court rulings predicated on morality.
In any event, the International Federation of Poker (IFP) immediately began frothing at the mouth, waxing righteously indignant about yet another court being so stupid they couldn't see the obvious—that poker is clearly a game of skill, rather than a game of chance.  Predictably, the IFP whipped out its pride and joy—the "Mind Sport" certification—like it is some magical talisman to ward off the vampires and zombies who want to regulate poker:

This is yet another example of misguided poker thinking by courts and judges who simply do not understand the game—i.e., that poker is a 'mind-sport' of strategic skill far more than luck. …

We at IFP will continue this battle on behalf of the poker community. I urge you all to rally to our support.

Do not allow our skilful 'mind-sport' to be hijacked and repressed by ignorant legislators. We must persuade governments and courts throughout the world to separate it off from mere gambling.”

—Anthony Holden, President of the International Federation of Poker (IFP)

Take a look around the IFP website.  What, exactly, has the IFP done to advance the cause of poker legalization? They host some academic studies about poker that were already available elsewhere, but otherwise, the IFP's website seems mostly like a generic poker news website, with player profiles, tournament news, and other information unrelated to the poker legalization battle. The only "accomplishment" the IFP can take credit for is the "Mind Sport" "certification", which has all the significance and impact of a vanity license plate: 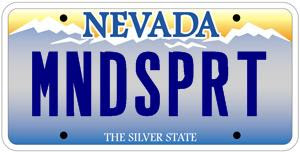 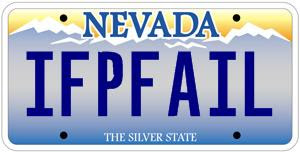