“It is a capital mistake to theorize before one has data.”

It is common in poker for a player to to make a river call with nothing more than a small pair, when to the rest of the table it seems obvious the bettor has a monster hand.  Often, the caller will shake his head and wistfully say, "I put you on Ace-King," or "I thought you had a busted flush draw".  Make this mistake a few times in a session, and those loose calls can be the difference between a profitable session and trekking to the ATM for a rebuy.

Assuming a player is not a degenerate calling station, what leads to this leak?  The mistake often begins early in the hand, when we put a player on a narrow range of hands.  Then we compound the leak by sticking with that initial read, even in the face of contrary evidence.  For example, we have a tight image and raise in early position with Kings.  Our LAG opponent calls on the button, and we figure he has a pair or a big ace.  The flop is good for us, say 8-6-3 with two to a suit.  We bet the pot, our opponent thinks and calls.  We figure our opponent would raise with a set or an overpair, so we put him on a big flush draw with overcards.  Turn is another 3. Good card for us, as it doesn't complete a draw, and counterfeits our opponent in the unlikely event he had 86s.  We bet, he min-raises, and we call, figuring our opponent was making a stab at stealing on a junky board.  River is an offsuit deuce.  We figure we have to be good here, so we put out a value bet, and our opponent moves all-in for roughly the pot!  Hmmm, now what?  We can beat overpairs, the unlikely two pairs, and busted draws.  About all we can't beat is a flopped set (that improved to a boat or quads), and if he has that, well gawd bless him and pay him off.  We call, and our opponent shows ... Ace-trey suited for trip 3s!?!?

What went wrong?  We made two crucial errors.  First, although we know our opponent is loose preflop, we still assumed he would have a certain range of hands because he should respect our preflop raise.  But our opponents don't always play the way we think they should play.  Second, we made a big mistake in not crediting our opponent's line as showing a strong hand.  Our line (preflop raise, big bet flop, bet-call turn, value bet river) looks like a big overpair.  Our opponent's line (call, call, min-raise, raise all-in) screams strength by the river.  If we are honest with ourselves, that line is so strong, our hand truthfully is no better than a bluff-catcher.  But, we failed to adjust our thinking when we gained additional evidence as the hand developed.  Instead, we figured our Kings were good preflop, and we wanted to find a hand we could still beat on the river so we didn't have to fold the river and give up the pot.

What got me thinking about this "thin hero call" leak was a recent blog post by Jonah Lehrer at The Frontal Cortex, part of ScienceBlogs.com (a must-follow for science geeks).  Lehrer discussed a concept called "psychological anchoring" in which we are reluctant to give up our initial assumptions and conclusions, even in the face of new, different, and even contradictory evidence:

I think we simply need to be more aware that our initial beliefs about a [situation]—those opinions that are most shrouded in ignorance and uncertainty— will exert an irrational influence on our subsequent actions, even after we have more (and more reliable) information. The end result is a kind of epistemic stubbornness, in which we're irrationally anchored to an outmoded assumption.
….

The only way to avoid anchoring is to know about it. We need to be more aware that anchoring is a fundamental flaw of human decision making, and that our first reaction to an event will continue to shape our ensuing thoughts, even after that reaction is no longer relevant or valid. Our old beliefs might be wrong, but their influence lingers on, an intellectual anchor holding us back.

Although Lehrer's post examined psychological anchoring in the context of our reactions to crises, I think the concept has application to other situations where decision-making requires ongoing analysis and adjustment to new data.  In the context of poker, we gain information with every action or lack of action at every point in a hand, and from every hand or event in a session.  Although we must, of necessity, begin each hand with a certain "default" set of assumptions, we must be ready to reevaluate, adjust, and even jettison those assumptions in the face of new evidence.  Analytical stubbornness or laziness can become an anchor dragging down our profits. 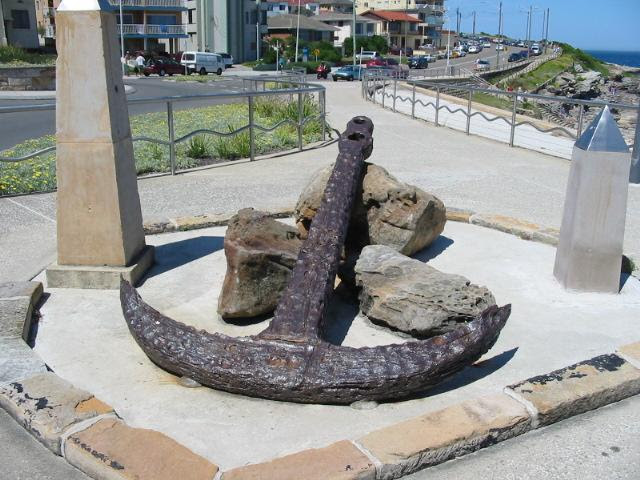