The PPA & Its "Money Bomb" Are Duds

"Son, you're about as useful as a poopy-flavored lollipop!"

Yesterday I was listening to a PokerRoad podcast when I heard an ad by Greg Raymer (at the ~9:45 mark) for the Poker Players Alliance (PPA).  The ad was a generic "join the cause" effort:

Intrigued, I looked over the PPA website, trying to get a sense of how membership fees are put to use.  Of course the benefits of "premium" membership sell themselves—a card protector, a window decal, and the "ability to donate to the Poker PAC".  Wow, I can pay for the right to donate more money?  Sign me up!

Well, before I donate money to a PAC, I like to make sure it is effective.  Surprisingly, I found little evidence of any real accomplishments by the PPA.  The calendar of PPA events is literally blank except for an upcoming poker tournament to benefit the Ante Up for Africa charity; certainly a worthy cause, but not something I really need the PPA to facilitate.  The vast majority of the PPA discussion forums have grown cobwebs from disuse.  The PPA makes references to lobbying Congress, but gives no details as to its efforts or any tangible results.  Of course, there is also reference to the PPA's role in several state poker legalization lawsuits, failing to point out that its few victories were Pyrhhic, violating the principle of "Primum non nocere"—"First, do no harm."*  So, in sum, I'm not certain that the PPA has really accomplished much, if anything, to this point.

While on the PPA website, I found it interesting that the PPA has designated July 1, 2010, as the date for a "money bomb", looking to raise $25K or $50K from its members, depending on which PPA message you find.  Purportedly, the PPA wants the money to help its lobbying efforts with Congress this summer as various poker legalization schemes are debated.  But the only thing relevant to lobbying is whether a lobbying group is able to deliver votes or money to Congressmen and Senators.  Let's face it, the PPA might have the "million members" it claims, but those members are hardly motivated single issue voters; i.e., PPA members are not likely to be a voter base that can be reliably mobilized in any election.  Also, the voters need to be people who can vote for Congressmen and Senators who matter—those with influential committee or leadership positions, or who are on the fence on the issue—so having a bunch of members nationwide is really irrelevant to getting a Congressman or Senator from a particular district or state to vote for your issue, if there aren't many of their voters in the organization.  So, the other option is money, and in the grand scheme of federal lobbying, $25K to $50K is chump change.  The money the PPA is raising might keep the lights on—or Senator D'Amato on board as lead lobbyist—but it really won't have much effect on lobbying per se, particularly since most of the money is likely to go to the PPA itself, rather than to Poker PAC.

One also has to question how effective the PPA can be at the lobbying game, given that three of its leading spokespersons (and members of its Board of Directors) are either associated with PokerStars (Greg Raymer) or are owners of Full Tilt (Howard Lederer and Chris "Jesus" Ferguson).  The issue is not that any of these men have been accused of any personal wrongdoing (though there is that rumored Full Tilt federal grand jury lurking out there), but that they are closely linked to the two biggest online poker sites, sites that are associated with several recent money laundering arrests, and which openly operate in the United States despite state laws against gambling, and with apparent disregard for the UIGEA.  One has to wonder how many legislators will want to be associated, even indirectly, with Full Tilt and PokerStars.

The PPA's close association with prominent members of Full Tilt and PokerStars also raises serious questions about potential conflicts of interest.  As background, keep in mind that Harrah's and MGM are now aggressively lobbying for legalization of online poker.  However, their vision of legalized online poker encompasses regulatory restrictions on companies that are currently operating in violation of U.S. laws, including the industry heavyweights, Full Tilt and Poker Stars.  As industry expert Bill Rini describes the Harrah's/MGM scenario:

Any legalization of online gaming will come with a regulatory body who will determine who can and cannot offer gaming to US citizens. One of the big assumptions at the moment is that because PartyPoker paid a fine that they are clean. Actually, part of the settlement was an admission of guilt. That admission may come back to haunt them if companies like Harrah’s lobby for licensing requirements that state that any company allowed to offer gaming cannot have illegally offered gaming previously. It’s a perfectly logical requirement and one that many people would agree with so I don’t think it would be too difficult for a land based casino to attempt to get it inserted into any licensing requirements.

In reality, I would be very surprised if any of the current top online poker rooms ever get a license to operate in the US. If I was Mitch Garber running Harrah’s online division I would pump as much lobbying money as it took to make sure that the licensing requirements were sufficiently stringent that all existing online poker sites would be disqualified.

[more from Bill Rini on the topic HERE and HERE.]

Dan Michalski over at Pokerati.com has a similar take on poker lobbying efforts and the Harrah's/MGM likely battle plan for online poker legalization:

Now the purpose of the American Gaming Association’s shift in policy stance is becoming a bit clearer. Considering that they’re the representative voice for B/M casinos, you can see a plausible plan taking shape:

1. Let the UIGEA go into full effect June 1.
2. Eliminate the most powerful online poker operators currently in the industry (i.e., Tilt and Stars).
3. Pass a new law.
4. Let Harrah’s, the Sands, and MGM/Mirage set up shop.
5. Then let the European poker sites join the party.

Step #2, of course, is the billion-dollar mystery question that could dramatically affect us all. Howard Lederer and family have been doing their best to line political pockets with campaign contributions for the past few years … but there’s only so much you can do as an individual when you don’t have an American corporation to funnel your campaign finances through.

[Michalski also linked to a report showing Sen. Harry Reid's top contributors for the 2010 election cycle, with MGM as top donor with $180,400 in total contributions, while Harrah's was second at $111,950].

This scenario for online poker legalization took an ominous step forward recently when the Nevada Gaming Control Board issued an advisory opinion indicating that "those internet companies that have not complied with state and federal law, especially after the passage of UIGEA, and have demonstrated no interest in voluntary compliance will be looked upon less favorably" by the NGC in evaluating whether a company would be granted a gaming license.

So what does this all have to do with the PPA, and where is the potential conflict of interest?  Well, the PPA's mission statement is a generic, broadbased advocacy for online poker legalization, without regard for the interests of any particular company:

The PPA’s mission is to establish favorable laws that provide poker players with a secure, safe and regulated place to play. Through education and awareness the PPA will keep this game of skill, one of America’s oldest recreational activities, free from egregious government intervention and misguided laws.

If the rank and file of PPA members were told that online poker would be legalized and regulated in the United States within a 12-18 month timeframe, I suspect most of them would be in favor of such legislation.  Now, assume that the legislation were drafted in the Harrah's/MGM-favorable mode discussed above, which would effectively shut out of the market current foreign-based online poker sites, such that the only legal options for online poker—and the easiest options for fully legal deposits and withdrawals—were new sites started by Harrah's, MGM, the Sands (Venetian), and the Wynn.  Do you think most online poker players would care if they had to make the switch, particularly if the softest competition—new players—overwhelmingly flocked to the new legal sites?  So, what's good for online poker players in general and the PPA members in particular might well be directly at odds with what's best for Full Tilt and PokerStars.  Yet three of the major PPA decision makers** have a direct interest in the continued success of Full Tilt and PokerStars, and it's no secret that the PPA's political fundraisers are heavy in major Full Tilt and PokerStars players.  Feeling conflicted yet? 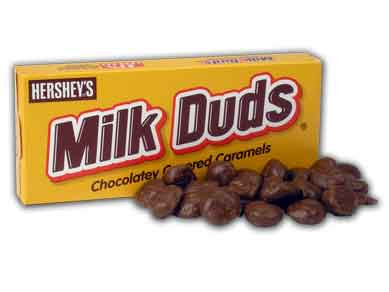 
By tilting at the litigation windmill, poker advocates have instead worsened the position of poker. There are now binding appellate court decisions in several states explicitly finding that poker is gambling. These rulings reinforce in the public mind—with the imprimatur of judicial decisions—that poker is gambling, while also removing any arguable ambiguity as to the legality of poker (and online poker) for players in those states.

**  Greg Raymer's role as essentially an endorser and spokesperson for PokerStars makes his role in the PPA exponentially less problematic than Ferguson and Lederer, insofar as Raymer does not (to my knowledge) hold a major ownership position in PokerStars.
Posted by Grange95 at 6/28/2010 06:30:00 PM