The 'Shoe Is Too Tight

—Ironman Bonnie, intoxicated and trapped in the Venetian's expertly made bed during IMOP-III

I had a court hearing in Council Bluffs on Monday, so on the way home I made a quick pit stop at the Horseshoe for a session of $1/$3 NLHE.  The 'Shoe was in full preparation mode for the upcoming WSOP Circuit Event, set to kick off today in its newly revamped format, with lower buy-in main events, regional championships, and a WSOP bracelet freeroll tournament.  Our table was the first to get to use the official WSOP dealer buttons, which were the old plain white dealer buttons with Miller Lite decals pasted on both sides.  Classy.

Although I only played for about four hours, the session was quite remarkable because of the tightness of play.  Four or five players might limp in or call a raise to $6-$8 (in a $1/$3 game, mind you), but preflop raises over $10 rarely got callers, and usually only one caller.  Limping with AK, KK, QQ, JJ was endemic to the point of being standard.  Postflop was even worse.  Top pair was a check-calling hand, overpairs would bet 1/4 pot at most, and big hands (e.g., two pair, sets, flushes) would massively overbet the flop.  This game made the proverbial "rock garden" look like a Euro-maniac spewfest.  Frankly, it would have been less of a miracle for an actual granite boulder to ship some chips into a big pot than some of these rocks.

"Oh that's right, Private Pyle, don't make any f--king effort to get to the top of the f--king obstacle.  If God would have wanted you up there he would have miracled your ass up there by now, wouldn't he?"

In case you think I'm exaggerating, let me give you some examples:
Maybe I'm incredibly easy to read at the table.  Maybe the cards were marked.  Maybe I was playing with a bunch of almond brokers* in town for the nut peddling convention.  Maybe I was playing at a table of guys whose poker minds have been permanently destroyed by a series of online bad beats.  All I know is that, despite all the big hands, I made a whopping $52 profit from poker.

Now, I did lose two decent-sized pots when I flopped altos dos pairs against the bajo set, and a couple of hands later flopped bajos dos pairs against the alto set.  But they were both fairly short-stacked, so my big losses were under $250 total.  On the other hand, I won a couple of decent pots when crAAKKing aces (details at 11:00, or in a future post).  In fairness, then, I probably made about $250 from all my big hands, probably a sixth of what I would normally expect to make when running that hot.

I did also get a high hand jackpot for my quad tens.  The HHJs at the 'Shoe are progressive by rank, and can only be hit once per day.  Also, the straight flushes are separated by suit as well as rank, so the jackpot drop gets pretty chopped up, and the HHJs grow slowly.  Typically, quads pay $20-$40 when hit.  But, I was lucky that Tens were on top of the list, and I hit it about a half hour after the HHJs were bumped up from the previous day's jackpot drop, paying me $164 (net $150 after dealer tip).  So, I still finished the session with a nice profit, but I feel like I squandered a great SVB streak. 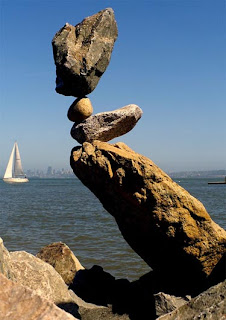 Table 8 at the Horseshoe.
(Image from here).